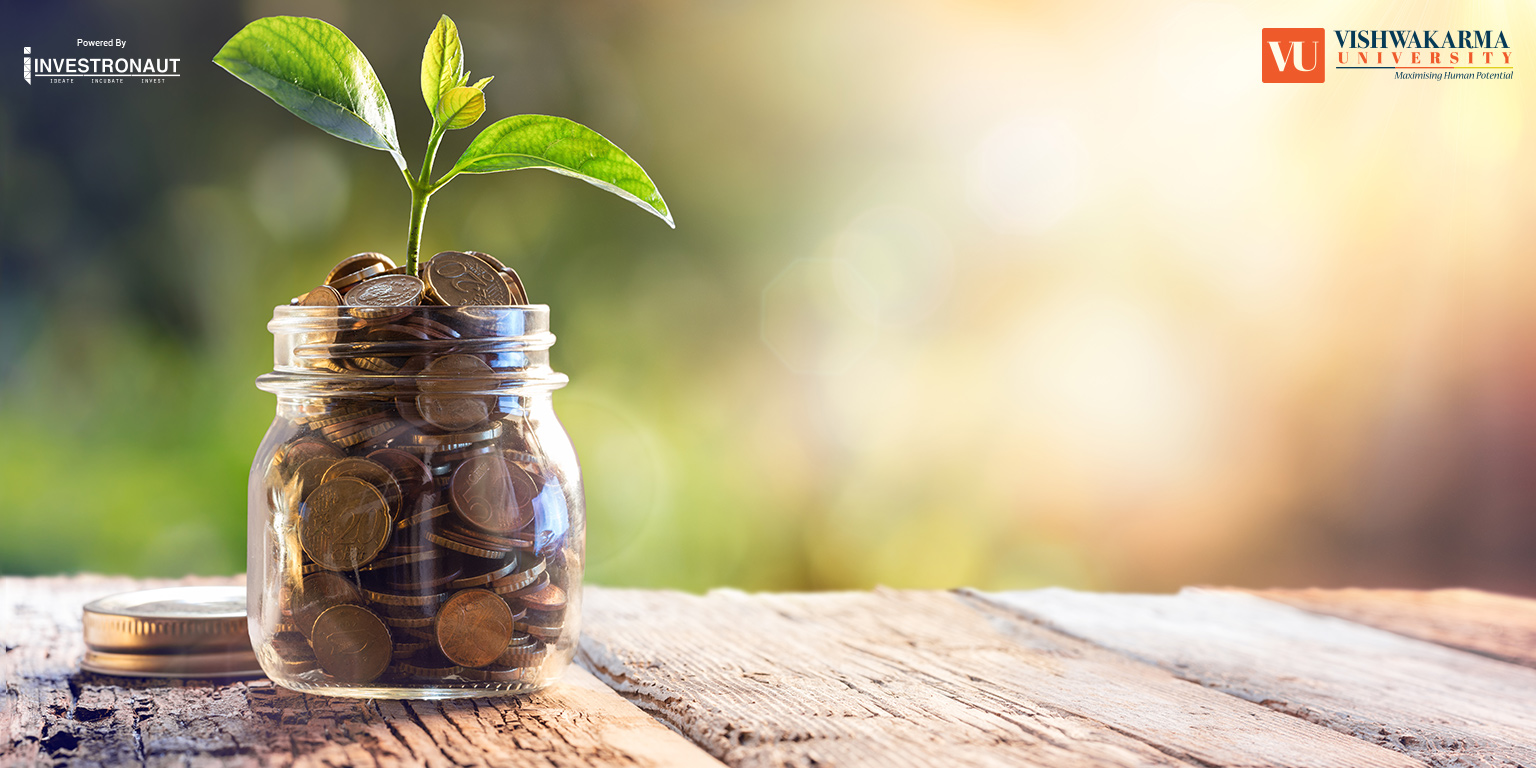 An uninhibited expansion of human activities and unrestricted development has wreaked havoc on the environment. The recent climate imbalance the world over and alarming levels of pollution is a warning about the bleak future that awaits us. In such a scenario, in order to mitigate the harmful effects of unsustainable development on the environment and to create eco-friendly models of development, green finance is the need of the hour.
Green finance refers to financial investment in environmentally responsible businesses, projects and industries. Green finance seeks to preserve the ecological integrity by encouraging green technology, boosting efficiency, sustainability and curtailing carbon footprints.

The World Bank and the European Investment Bank launched green bonds in 2007. Subsequently, corporate too started participating in 2013 giving a major boost to green finance. Green Bonds and Blue Bonds are a novel financial initiatives to raise climate finance. They are like regular bonds, the only difference being that the money raised is used for financing eco-friendly projects and protecting marine resources. These environment friendly projects could be in the areas of renewable energy, clean transportation and sustainable water management.

The Paris climate accord in 2015, has placed the dangers of climate change at the centerstage. It has become a contentious issue between the developed and developing nations. The first world camp is eager to make the emerging economies to commit to sustainable development. Developing nations are demanding the developed countries to provide funds to middle income and low income nations to mitigate the ill effects of climate change. The rationale behind this demand is that hitherto developed nations have been the largest contributors of carbon gas emission which has done considerable damage to the environment in form of warmer climates, increased sea levels, irregular rainfalls to name a few. Developing countries have inherited these issues from the developed countries and to absolve themselves of their sin they should help developing countries set up green projects. In the Paris agreement the feud was addressed to an extent when developed countries agreed to pay US $ 100 billion in aid till 2025 to developing countries for actions on climate change adaptation and mitigation.
Ironically, the U.S, amongst the biggest carbon emitters of the world has declared it’s withdrawal from the Paris agreement as soon as it is legally eligible to do so in 2020.

World scenario
In 2016, G20 heads of state recognized the need for green finance for the first time. It led to a series of strategy implementations for greening their financial systems with China being at the frontline, launching a 35-point programme. Leading insurance regulators all over the world have decided to collaborate to respond to sustainability challenges. Policy measures for greening the financial system has more than doubled to over 200 across 60 countries. These policy changes have accelerated green finance in the market.

Indian Scenario
Green finance space has seen a significant development in India.
India has undertaken national target of reducing emission intensity of GDP by 33-35 percent by 2030 under the Nationally Determined Contribution (NDC) goals. The Government has made an ambitious announcement to make India the first country in the world to use only electric vehicles by 2030. India plans to reduce its reliance on fossil fuels and increasing the share of renewables in its energy mix to 40 percent by 2030.
According to Namita Vikas, Group President & Global Head, Climate Strategy & Responsible Banking, Yes Bank, “India’s ambitious NDCs and Sustainable Development Goals (SDGs) are estimated to cost USD 2.5 trillion and $8.9 trillion, respectively, by 2030. Mobilizing this enormous amount of climate and SDG finance would require the development of new and innovative financial mechanisms, and channelization of funds towards sustainable sectors and businesses that not only deliver on climate targets, but also meet the developmental agenda.”
In India banks such as SIDBI, IDBI, YES Bank and others have associated themselves with several initiatives to promote lending for sustainable growth technologies particularly in MSME (Ministry of Micro, Small and Medium Enterprises) sector. Banks have created exclusive groups to work on climate change and more specifically on carbon credits advisory services. This group has devised a structured product for providing upfront finance against the carbon credit receivables.
There are several ways in which these banks and DFIs (Designated Financial Institutions) can contribute to green growth. Firstly, they can revamp their internal systems to move towards energy efficiency and move to e-transactions and e-statements, converting their buildings into green premises. Secondly, they can assess environment, social and governance (ESG) risks while appraising projects for financing, and thirdly, they can introduce green financial products such as green bonds.
India’s green bond market is currently pegged at about $3 billion, with the majority of it being allocated to renewable energy projects – contributing directly towards achieving India’s NDCs. Green municipal bonds hold promise towards building the 100 smart cities plan, through market interventions to revive the dormant municipal bonds market.
Yes Bank has raised over Rs 1,000 crore by floating green infra bonds and Exim Bank has obtained $500 million through the issue of green dollar bonds, while IDBI is also set to attract global investors in this arena. The Reserve Bank of India has included renewable energy project financing as a part of priority sector lending category in July 2015.

Conclusion
For developing economies like India the challenge is to get green finance into mainstream finance along with incorporating environmental impact into commercial lending decisions. This has to be done while maintaining a balance between economic growth and social development.
Mobilization of huge financial resources towards climate sustainable future is only one part of the challenge. Channelization of these funds to the emerging climate positive sectors and deployment of funds on time is crucial. A collaborative effort is needed to unleash the full potential of the new economy leading to a more sustainable and green development.