Sounds and Visuals of Aesthetics 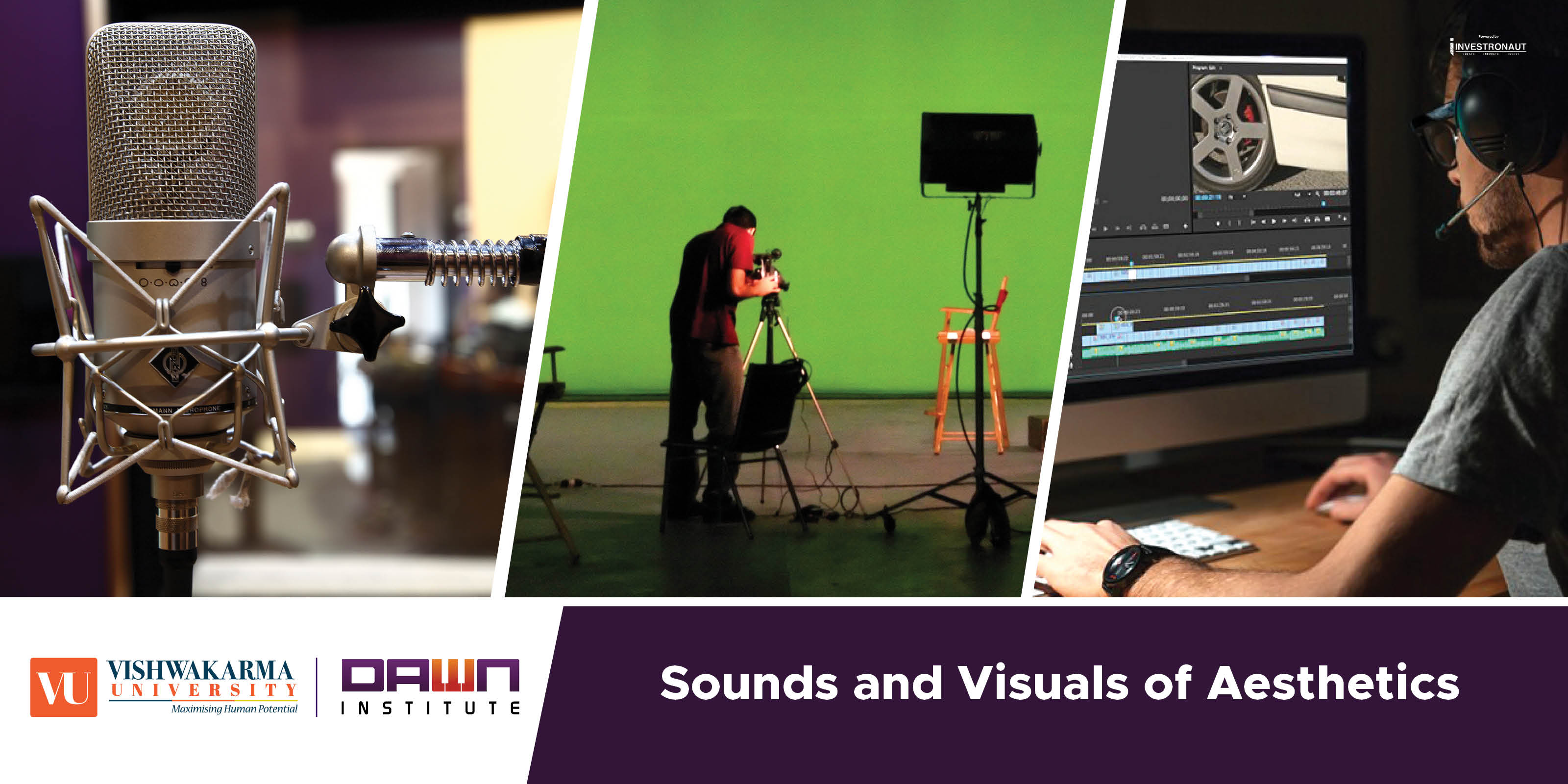 Imagine you buy an expensive ticket to your favorite singer’s concert but instead of the singer’s melodious voice you hear disruptive shrieking sounds. Would you enjoy your evening? Or imagine a badly pieced together film where the sound and visuals are out of sync. Or a super hero film with tacky visual effects. Divorce technology from art and the effect would be lackluster. No film, live show, tv series or news can be conceived without technology. Behind the scene technicians of the Media and Entertainment industry are as important as people who appear in front of the camera.

From one state owned channel in the 1900s to more than 800 24*7 active channels today, it is not surprising that in India the Media and Entertainment industry is expected to grow at a rate of 14.3% and touch 2.26 trillion by 2020. The growth is directly proportional to the demand for media technicians.

Sound mixing is such an important part of the entertainment industry today. Commercials, jingles, radio, TV, films, advertisement, videos, websites, computer, mobile games etc all require trained sound engineering professionals. A sound engineer is responsible for correcting every note before it gets to your ears. Imagine a live music concert with bad sound quality. No matter how hard the singer tries to pour in emotions in to the song, if it fails at the technical level it will fail at the emotional level. In India sound engineers have always been integral to the entertainment industry but Resul Pookutty lent respectability to the profession after he won the Oscars for Slum Dog Millionaire in 2009.

A film or a series actually gets made at the editing table. Before that it’s a raw footage with no coherence and sound. A video editor is responsible for matching the audio and video clips and keeping only the most essential and relevant parts of the film. The editor needs to have a knack for the flow of the story. A good editor can make the average footage into a powerful one while a bad one can sometimes render the video embarrassing. A few years ago during an award show actress Kangana Runaut was shown to be receiving an award on the stage while she was also shown to be sitting in the audience applauding in the very next shot. Indeed a true example of bad editing!

The hallmark of a good visual effect is that the audience shouldn’t notice it at all. It is not easy to achieve an intricate fusion of technical finesse and artistry. The visual effects make the story and characters plausible. Cheaply done visual effects will always be a hindrance to the easy absorption of the story by audience. If in Jurassic Park, the dinosaurs didn't seem as real as they do, it would not be difficult to hold the story plausible. Visual effects are now an inseparable part of the entertainment industry.

Learning on the job

A degree or diploma is a good starting point to learn the basics, it gives you some hands on experience of handling the equipments. You can begin by assisting a senior in the industry. Thats when the real learning takes place. It is one field where complacency can cost you your career, technology is evolving everyday and you have to keep pace with the latest development to stay relevant.

Fresh after the diploma, one can expect anything between 10,000-15,000. However, with experience and a zeal for experiment, the sky is the limit. The renumeration can vary from the project to project and the production house one is working with.