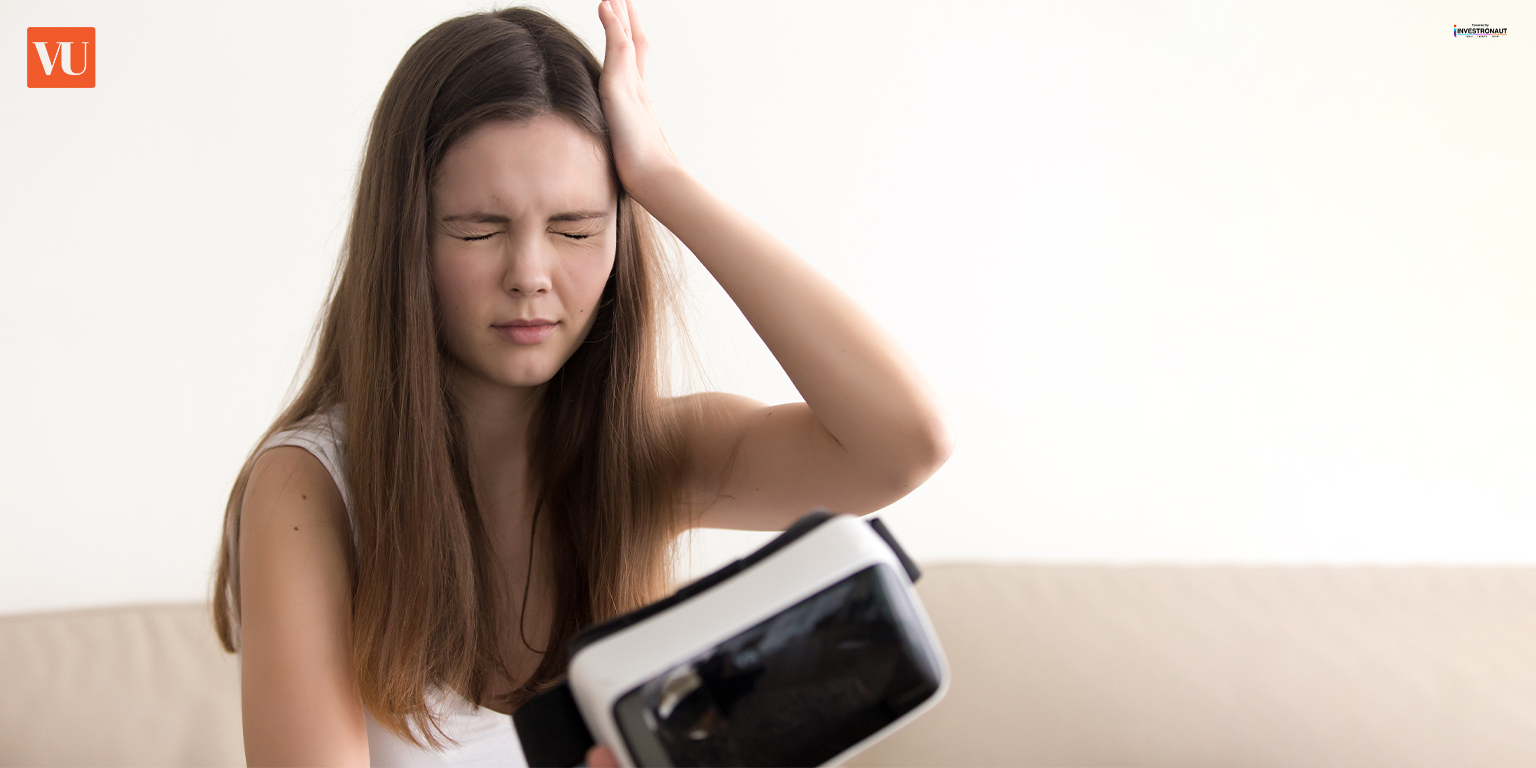 Virtual reality isn't the term from the distant future anymore.  In recent years VR technology has become so cheap that it is now an integral part of skills training, clinical rehabilitation, and the gaming industry. You might have tried it out yourself and loved the new dimension it gives to the video games and movie experiences. Or maybe you hated it because it made you feel sick! This sudden feeling of nausea and discomfort that you have experienced is called

Cybersickness, also known as Virtual Reality Sickness can be compared to Motion Sickness. Have you felt like vomiting when on a bus or felt dizzy when traveling in a car? These are symptoms of Motion Sickness. When our body goes out of balance due to motion, it sends out reflex signals in terms of involuntary sickness.

Cybersickness is nausea and discomfort caused by using virtual reality technology. VR games which involve a lot of movements and random falls makes you feel that you need to balance your body. When wearing VR headsets, your mind knows you are in VR but, your eyes perceive this as reality, and the same kind of motion sickness kicks in.

People immediately start feeling dizzy or sick once they put on VR helmets or goggles. They begin to sway from side to side or the sensation can become so bad that they have to quit the VR session to sit down and regroup.

Reasons for Cybersickness or VR Sickness

People who have never felt motion sickness can get Cybersickness or VR Sickness quite easily. The logical reasoning being - VR headset uses three sensory systems - visual, vestibular and proprioceptive. Things would not have caused a problem if the system was perfect and the actions happening in the virtual world would be the same as the real world. But that doesn’t happen.

If our eyes perceive a moment of say even a few milliseconds which is out of sync, the response taken by the body is delayed, or rushed i.e. body doesn’t respond timely. Any VR headset which has a poor refresh rate for its lenses will cause problems.

If you are not able to play VR games for long and need to take constant breaks, you are suffering from the sickness. These are the early symptoms of Cybersickness. Many a time you won’t be able to play the games which are simple and experience sickness while looking around in the game, especially in a non-flat terrain.

How to Prevent Cybersickness?

Apart from choosing the right hardware, both a VR headset, a super-fast PC, you need to take certain precautions that will help you fix this problem. However, do remember that if you are constantly  the wrong with the wrong hardware, the sickness will show up again.

Illness associated with VR presents a serious obstacle towards widespread acceptance of the technology. This could become significant as VR moves beyond gaming and entertainment into areas such as job training, distraction therapy for pain, and other applications. Preventing cybersickness is not just something we want; it is something we need!

The voice behind this article is Ashwini Gaikwad,Content Writer, Investronaut.