A young boy, with his eyes filled with pride, waved the Indian tricolour while witnessing the successful launch of Chandrayaan 2.  With over a decade of scientific research and engineering development, this spacecraft lifted off to take over the moon and to create history by expanding India's footprints in space...)

Chandrayaan-2 is India's planned second mission to the moon developed by the Indian Space Research Organisation (ISRO).  The design of the spacecraft was a combination of a lunar orbiter, the Vikram lander, and the Pragyan lunar rover, all of which were developed in India.

Whilst the Chandrayaan-1 mission assisted in confirming the presence of water/hydroxyl on the moon in 2009, the Chandrayaan-2 featured improved instruments and new technologies intended for future planetary missions. The orbiter was planned to operate for one year while the lander and rover were expected to survive one lunar daytime period, had they successfully landed.

The aim of this expedition was to shed light on a completely unexplored section of the Moon - its South Pole region, mapping the Moon’s topography, investigating surface mineralogy and elemental abundances, studying the lunar exosphere, and looking for signatures of hydroxyl and water 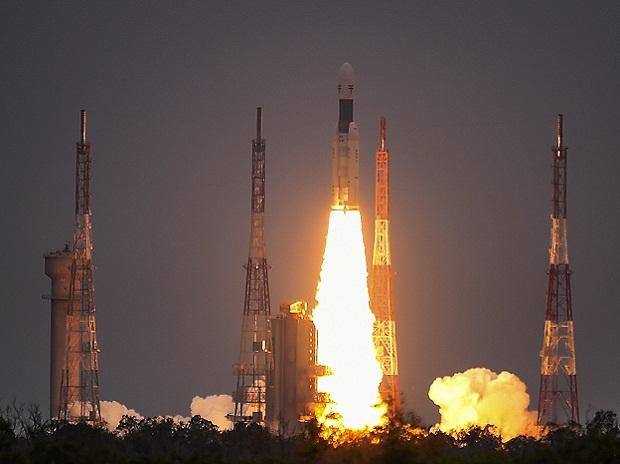 Chandrayaan-2 design and the trajectory

The Chandrayaan-2 was designed with 3 vehicles; the orbiter and the lander, carrying the rover. In a nutshell the respective uses

Lander and rover: Perform in-situ measurements near the landing site

After reaching the Moon’s orbital, the orbiter would separate. The lander and rover would lower their orbit around the Moon a day after breaking from the orbiter and start their journey to the lunar surface.

The Vikram lander housed the six-wheeled rover Pragyaan, which would land near the lunar south pole. Vikram would perform another similar manoeuvre to bring itself into an even lower orbit around the Moon. And then finally, Vikram would begin a 15-minute powered descent, at the end of which it would place Pragyaan(rover) on the surface of the Moon.

Once on the Moon, Pragyaan would spend 14 days roaming the area near the lunar south pole. The Indian Space Research Organisation chose the lunar south pole as Pragayaan's mission location because it is one of the coldest spots in the Solar System and has not received sunlight for billions of years. 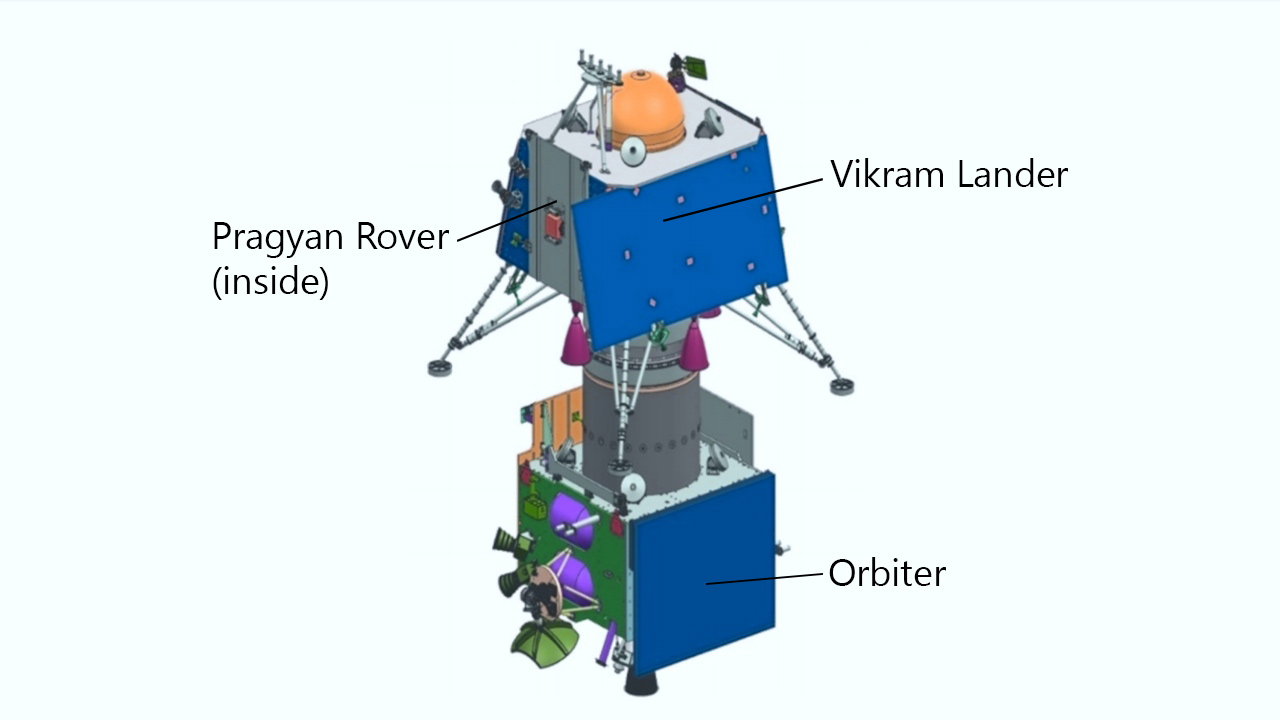 The orbiter revolves around the Moon on a polar orbit at an altitude of 100 km. It carried eight scientific instruments; two of them are improved versions of those flown on Chandrayaan-1.

The approximate launch mass was 2,379 kg.  The OHRC (Orbiter High-Resolution Camera) would conduct high-resolution observations of the landing site before the separation of the lander from the orbiter. The orbiter's structure was manufactured by Hindustan Aeronautics Limited. 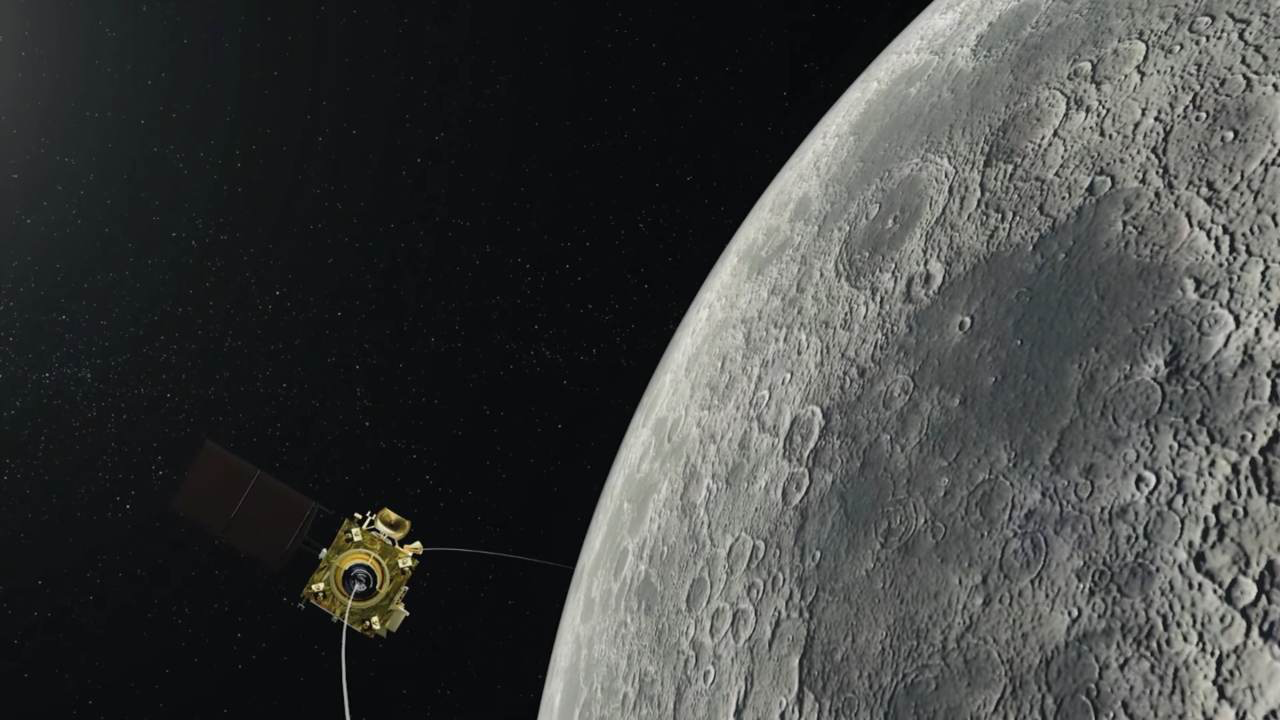 The mission's lander is called Vikram (Sanskrit: विक्रम, meaning ‘Valour’). It is named after Vikram Sarabhai (1919–1971), who is widely regarded as the founder of the Indian space program.

The approximate combined mass of the lander and rover is 1,471 kg. The Vikram lander detached from the orbiter and descended to a low lunar orbit using its liquid main engines. It then performed a comprehensive check of all its on-board systems before attempting a soft landing that would have deployed the rover and performed scientific activities for approximately 14 Earth days. 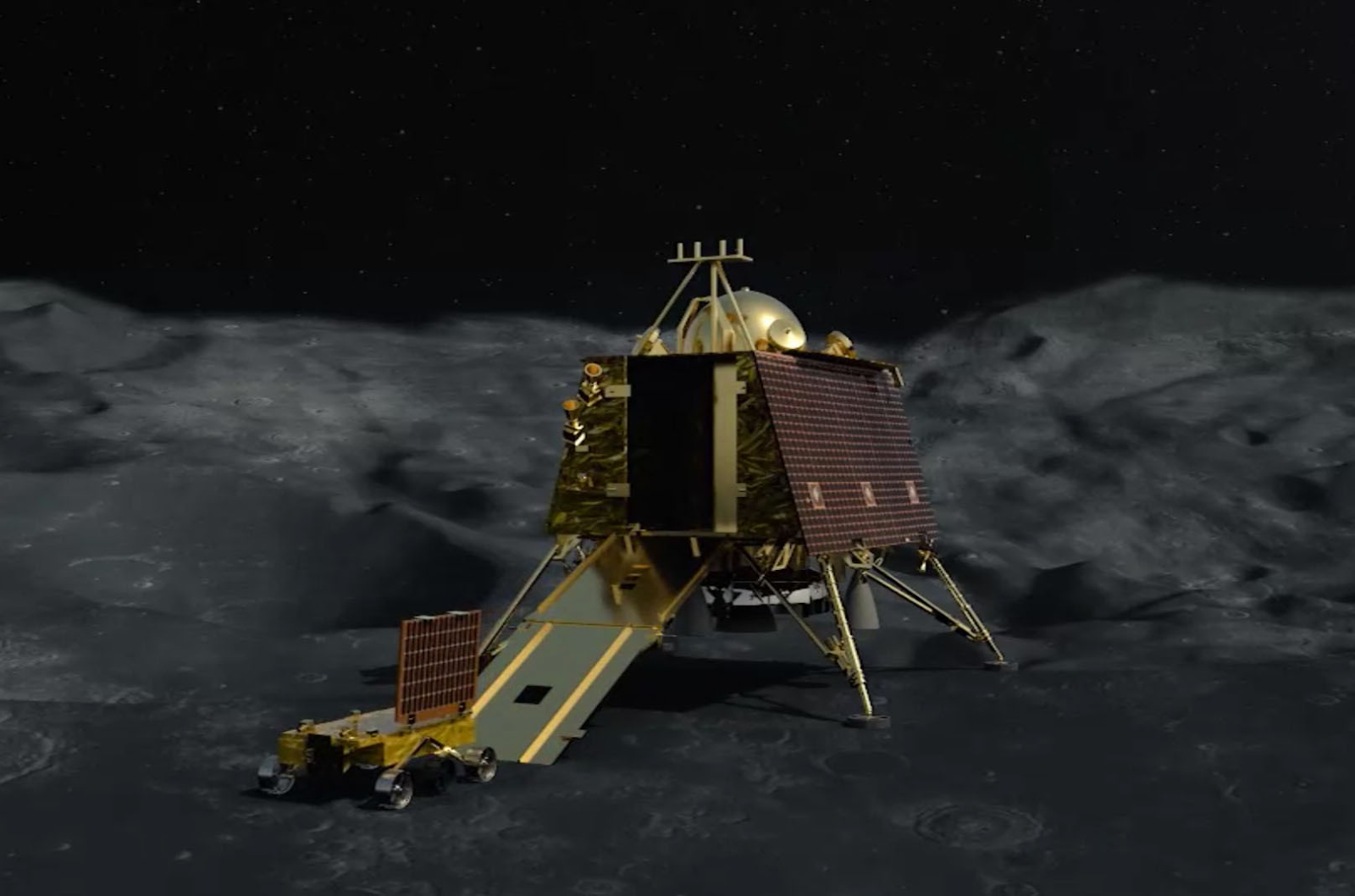 The mission's rover is called Pragyan (Sanskrit: प्रज्ञान, meaning 'Wisdom'). The rover's mass is about 27 kg and will operate on solar power. The rover will move on 6 wheels traversing 500 meters on the lunar surface at the rate of 1 cm per second, performing on-site chemical analysis and sending the data to the lander, which will relay it to the Mission Control on the Earth.

For navigation, the rover

The expected operating time of the Pragyan rover is one lunar day or around 14 Earth days as its electronics are not expected to endure the frigid lunar night.

Vikram landers descent went as planned and normal performance was observed up to an altitude of 2.1 km. Subsequently, the communication from Lander to the ground stations was lost on September 7,2019. However, the lander's location has been spotted on the surface via thermal imaging, but its condition is unknown. The Mission Control Centre at ISRO has not lost hope and they continue to make all efforts to establish contact with Vikram.

Tweet
Published in Engineering Science & Technology
back to top