Books adapted for the Silver Screen 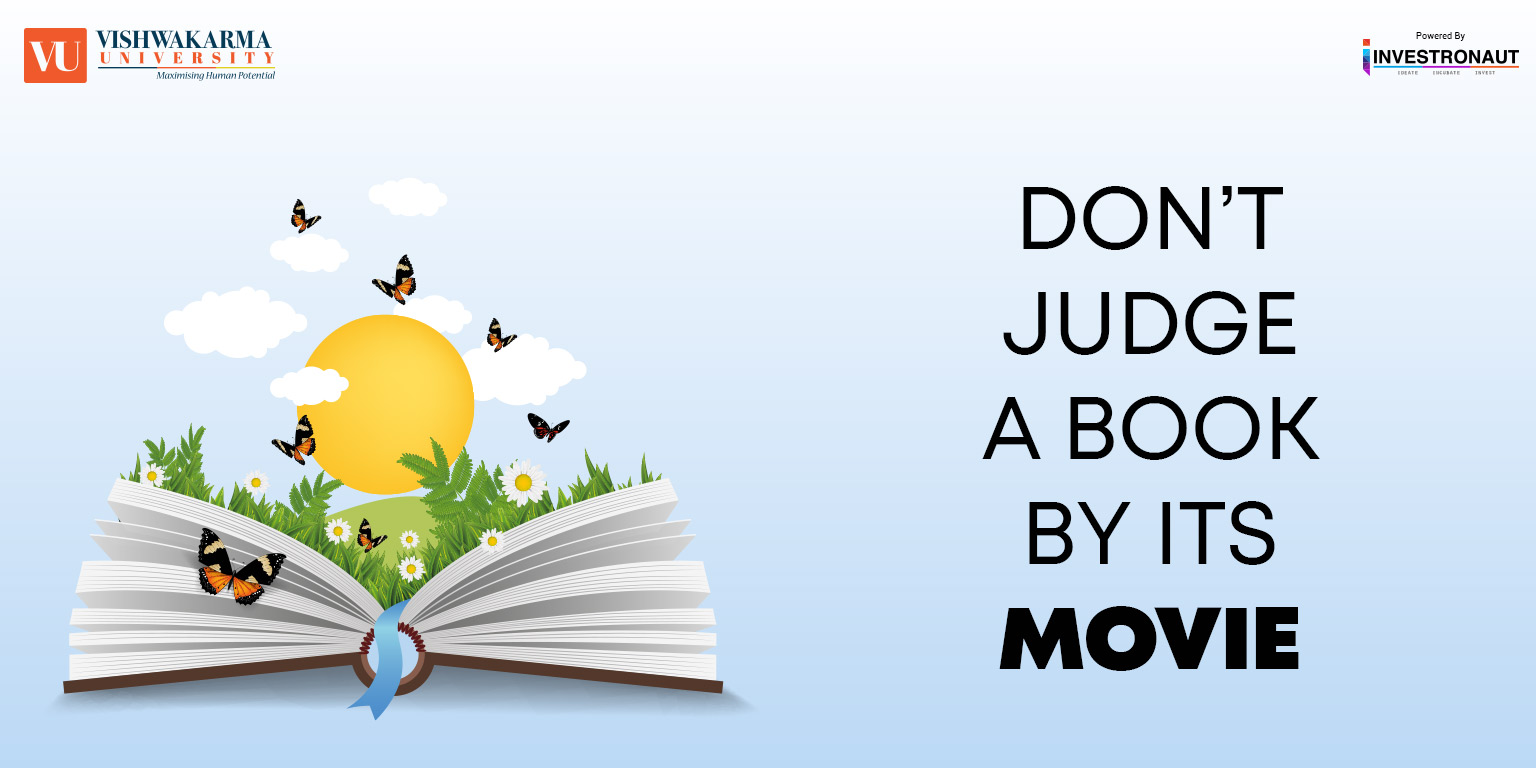 What are the odds of the current generation not having seen the movies of Harry Potter or of Game of Thrones? The actors who have starred in these movies, from Daniel Radcliffe to Sean Bean are now superstars with a huge fan following. Yet, both books were not originally made for television, rather they were meant to be read as books first. The Harry Potter series was written by J.K. Rowling, while the ‘Song of Ice and Fire’ was written by George R.R. Martin as a series of fantasy novels. History is replete with examples of successful adaptations, right from ‘Adventures of SherlockHolmes’ to 'Malgudi Days’, closer to home. All this begs the question: What is an adaptation? What are the hallmarks of a successful adaptation?

What makes a good adaptation?

Curled up in bed with a book, savoring the delicious satisfaction of reading is widely different from sitting in a dark cinema hall watching a film with hundreds of others in the audience. The business of adaptation is tricky. To begin with, understanding that books and films are two distinct mediums would help. Trying to be too faithful to the source will not fulfill the requirements of the genre. A book will have to undergo necessary changes to become a screenplay. Certain events, situations, characters in the novel will be lost or diminished while other elements will have to be added and highlighted to make the script effective. 'The Godfather’, considered a perfect film by most, leaves out at least half the book in adaptation, leaving out everything that wasn't related to dewy-eyed Michael becoming the shrewd Don Corleone.

Selection of the text keeping in mind the contemporary taste and viewership is the key to a successful adaptation. These days mythological stories of Lord Ganesha, Bhim, and other Hindu Gods are being adapted for television keeping in mind the increasing number of kids as the audience.

Remember the cult adaptation by B.R. Chopra of the epic Mahabharata. It cast a magic spell on the country every Sunday morning the streets were deserted for all were watching television. But the younger generation does not appreciate it in the same way. That is why an adaptation has to keep pace with the changing sensibilities of the time. ‘Pride and Prejudice’ adapted for the screen in the 1970s may not hold any sway with the contemporary audience of today.

Banes and Bonuses of adaptation.

“The book was better” is a popular axiom. I do not always subscribe to it. But my golden moments in the book have been lost in translation several times. One of my favorite books ‘A flight of Pigeons’ by Ruskin Bond was rendered ineffective in its film adaptation- Junoon by Shyam Benegal. 'A Flight of Pigeons' is set during the mutiny of 1857 in a muflis town of Shahjahanpur in UttarPradesh. The male protagonist of the novel Javed Khan, a courageous Pathan, is quietly besotted with Ruth Labrador and hopes to marry her. He has imprisoned Ruth, her mother and her grandmother in his house after the mutiny. Javed Khan is filled with raging hatred against the colonial British while at the same time is in love with Ruth, a Britisher. The novel very subtly depicts the undercurrents of feelings Javed harbors for Ruth. The film highly undermines the power of subtlety and makes Javed Khan shout out his feelings at the top of his lungs, leaving no room for imagination.

Towards the end of the book, after the sepoy revolt is crushed by the British, Ruth and her mother reach a safe British cantonment. There is an exceptionally powerful scene in the book where Javed Khan is hoping to see Ruth one last time before he turns his back on her forever. Ruth quietly appears from the darkness and stands in front of Javed Khan against her mother’s wishes. Anybody who has read the book would vouch for the impact the scene has on readers. Unfortunately the most important scene in the book falls flat and fails to evoke the same emotional impact as it does in the book.

That’s one of the pitfalls of adaptations. They overwrite our imagination of the characters, how they speak, the scenery of the world in which they exist. The film somehow gives it a finality, diminishing the possibility of imagining it in any other way.

The opposite is also true. If I watch the movie first I can’t help but hear the movie play aloud in my head while reading the book. If I ever read Harinder Sikka’s book - ‘Calling Sehmat’, I would never imagine Sehmat as anyone but Alia Bhatt, now that I have watched ‘Raazi’. An alternate imagination of Sehmat is irreversibly lost to me.

It may be a clever marketing ploy to replace book covers with their film posters. But it annoys the good old book lover in me. I feel it compromises the sanctity of the book, as if the book exists because and for the film. Though it’s not all gloom and doom. Sometimes the film becomes so popular and pulls the book from the realm of darkness to the list of best sellers and keeps them in public eyes for decades.

Film adaptations of books definitely increase the brand value of the author and allows the unfortunates souls who do not find beauty and solace in words to yet get a glimpse into great literature through their film adaptations.