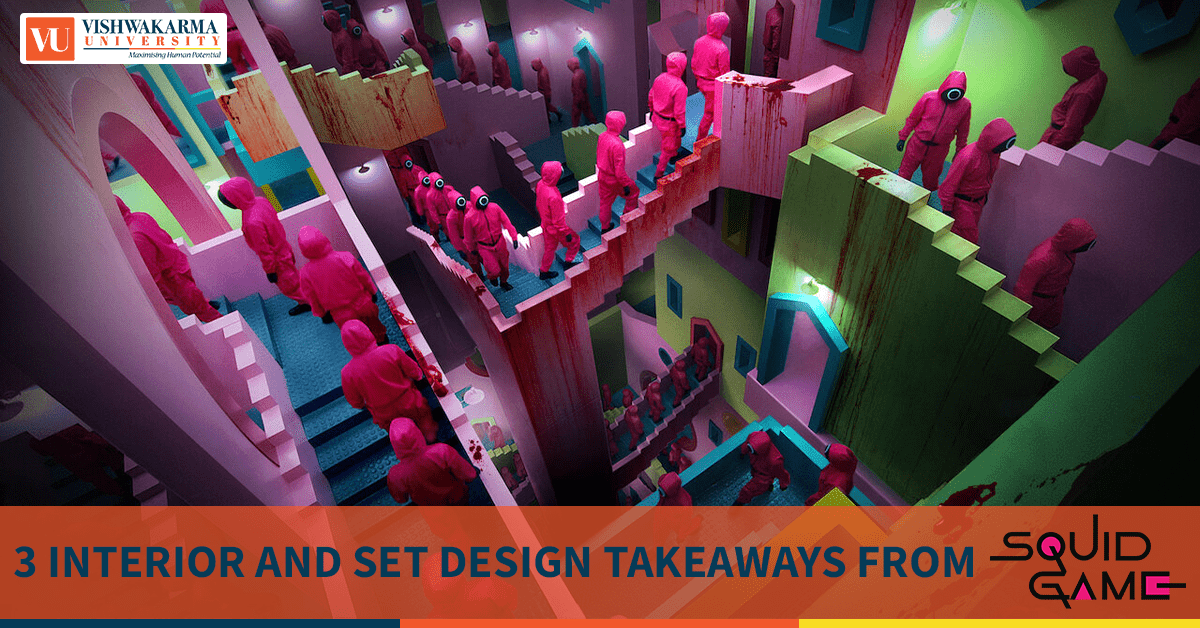 Such a concept, which till now has only been seen in Western Movies (like The Hunger Games) and Japanese movies (like Battle Royale), for the first time, saw a Korean spin to it. Games such as Marble Games; Honeycomb Shape Cutting; Red Light/ Light; Tug of War;  Glass Bridge and Squid Game.

The art director of Squid Game, Chae Kyung-Sun has managed to use imaginative patterns, design, and symbols to invoke a sense of stress, fear, and heart-wrenching melancholiness in the viewer's mind. Set-design and interior design students can learn so much from the sets of this intriguing show, things that no interior design or set design course can teach them.

Let's take a look at the top 3 takeaways - 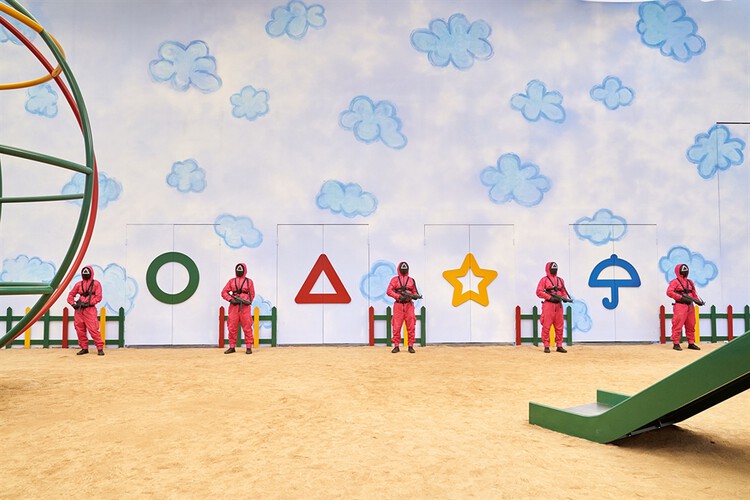 The set design includes a warehouse structure for the contestants to sleep in. While the rest of the game set design and art is vibrant and colourful, the stark contrast in the colour scheme is used to represent the bleakness and hopelessness of each player's plight.

Most movies with sinister plots use dark and sombre colour palettes in their set designs. The art director of Squid Game, on the other hand, uses a happy, playful, and otherwise positive colour palette for the set design. Defying colour theory, she manages to make the viewer associate these "happy" colours with a feeling of doom and dread.

The set design, with the use of space contrast, tried to achieve the game design by thinking like game designers, who are trained to design high-intensity tight space games. This makes the player/ viewers feel encapsulated in the vision of the game, engrossing them fully. 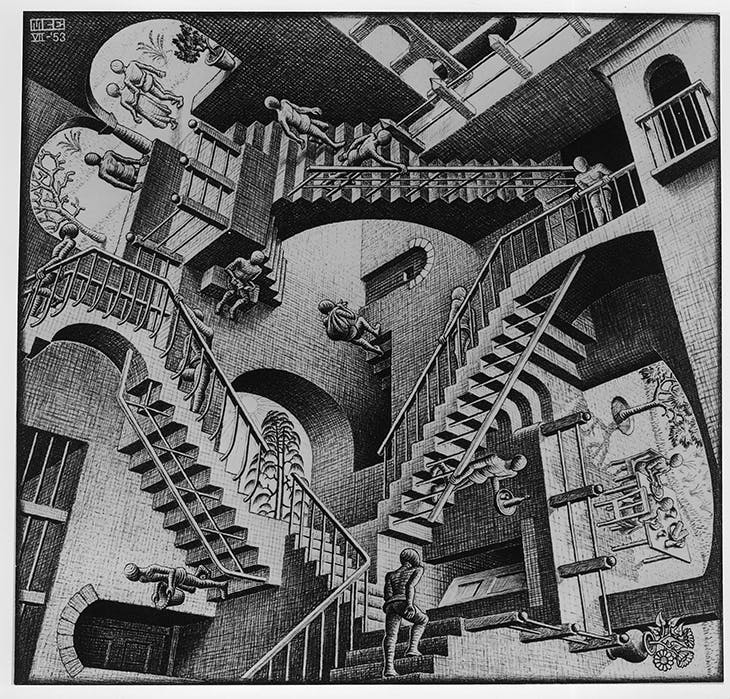 Primarily the use of Edward Munch’s Screaming Woman in episode #1 grabbed the attention of viewers and art students from across the world to watch the shows closely for more clues. What followed was more art and set design clues, particularly pulling in Western references in terms of the design used for the interior, making the show relatable to viewers from outside South Korea as well.

The portrayal of the staircase and its similarities to Relativity by MC Escher had the audience looking for more such clues. And clues they did find! The use of The Rothschild Surrealist Ball had peaked art students to study the intricacies of interior and set design further. The show's use of multiple artistic devices and paintings to depict the show’s claustrophobia and Korea’s constant fight for space has garnered it a different set of art students as viewers. 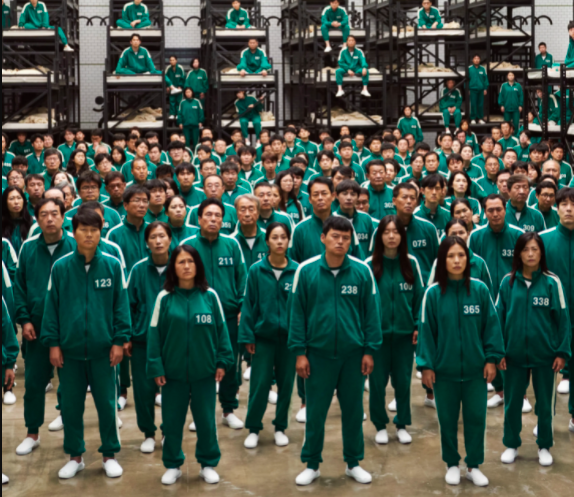 The design of the interior shots have multiple subtle and purposeful additions, which might seem nonchalant, but have deep symbolic meaning and references in reality. One instance of this is the design of the bunk beds, which is deliberately designed to depict the modern world, where we are constantly competing and trying to "climb the ladder" to get ahead.

The incinerators are meant to remind one of the Auschwitz-like German camps. The coffins with ribbons on top of them are meant to add another perverse element into the minds of viewers, making them think of it as a "gift". 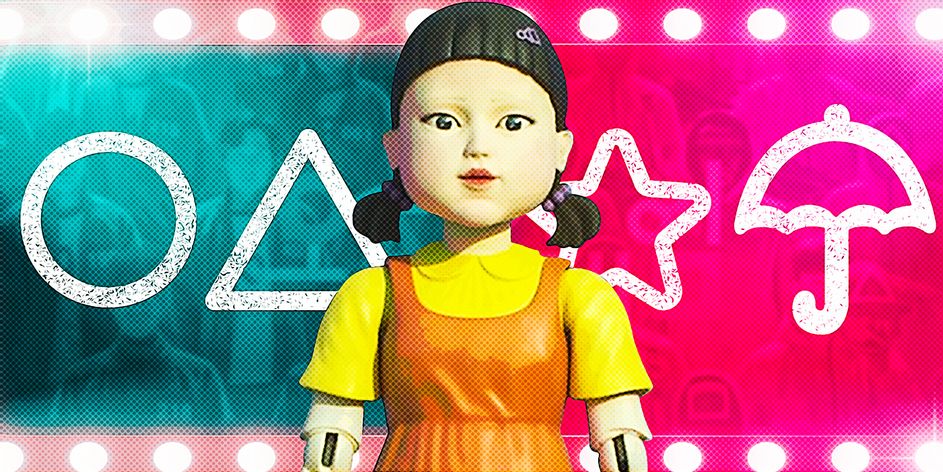 The art and design department worked on the interior design of the show, they worked on the set design, the lighting, the colour scheme, and the placement of props and game structure. Art and design are crucial elements responsible for bringing the show to light as it brings the visual appeal, set the colour and tone of the show and capture the attention of the audience from the get-go.

The Art and Design Department at Vishwakarma University (VU) helps students learn and gain insight on how to produce sets and bring life to the interior of homes, and TV shows, movies. The course focuses on a student-centric environment, helping students understand and create eye-catching aesthetic spaces and integrate the individual preferences of all with the help of technical skills, design processes and studio techniques among others.