The Vishwakarma University was organized “A Surgical strike day” program me in Auditorium on Friday,28 September, involving an enthusiastic and energetic audience. The event began at 4:30 PM, graced by the benign presence of the Group Captain Sandeep Singh Chhabra and Col. Abhijit Sarkar, an Entrepreneur in Pune a hard earned solider, out of uniform and now a well settled Entrepreneur. Grp. Captain Chhabra had an interactive and learning session with the audience wherein he educated the students about the Surgical Strike, which took place on the 29 September 2016. He explained the true meaning of the strike, how it was planned and what all it took to make it a success. He also informed about the advantages and aims of the strike planned. Later, Col. Sarkar introduced students with some ‘REAL STUFF’ i.e. the life of an army person. He told about the trainings, daily struggles and the SPIRIT of a fauji. He shared his own life experiences in Siachen border, where he was almost declared dead. It was a very inspiring and motivating session. At the end he showed some clips of the ARMY encouraging young boys and girls to Join the Pride of the nation – Indian Army. A vote of thanks was given by a student and efforts taken by all were appreciated. 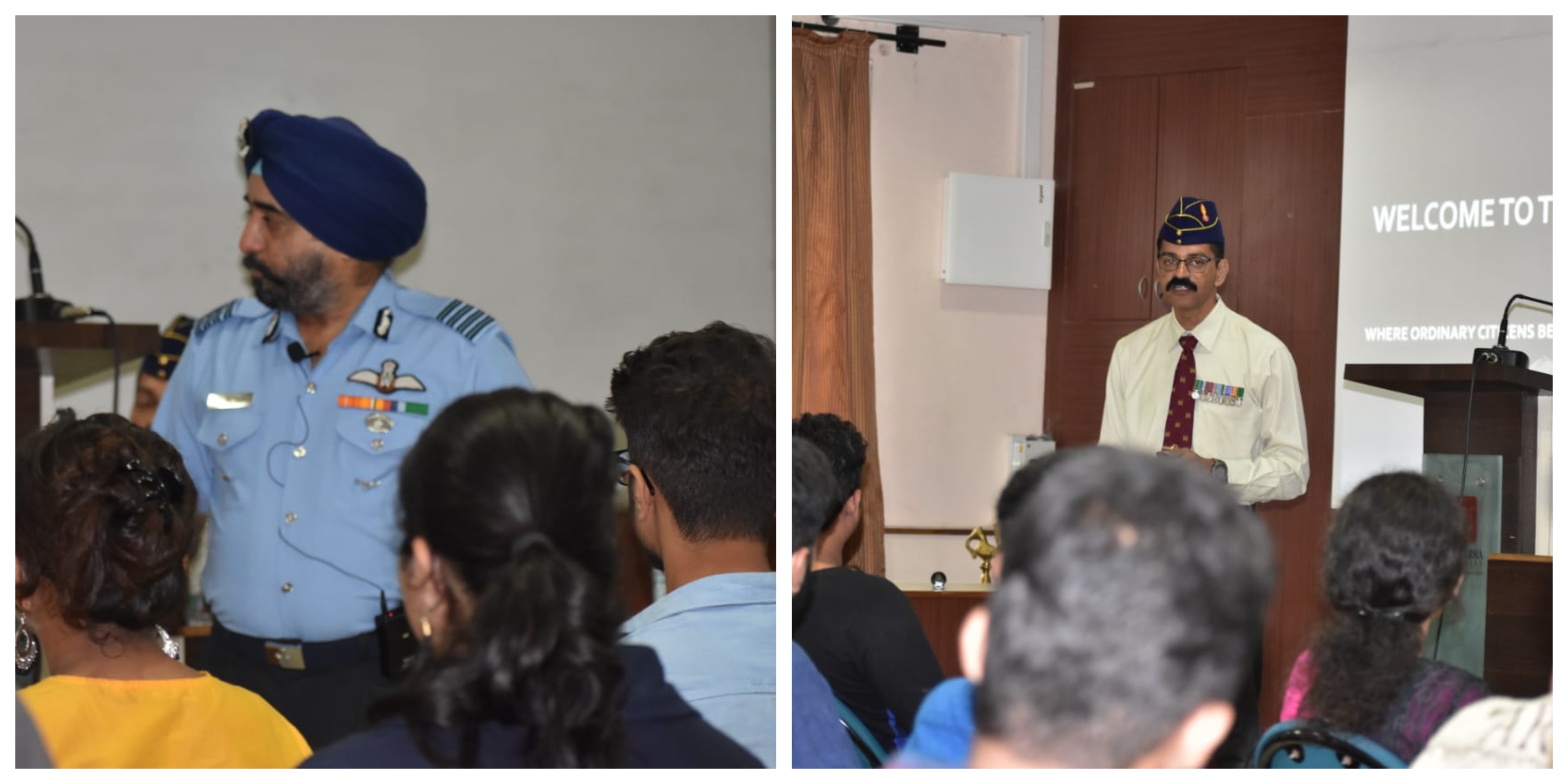