Vishwakarma University started a new chapter of accomplishments with the inauguration of the Science and Technology Building on Wednesday, 29th November. The honours were done by Dr.Harvey Stenger, the President of the State University of New York at Binghamton, New York. Accompanying President Harvey on the dais were Prof. Krishnaswami Srihari, a distinguished academician from the same esteemed institute, Prof. Bilawari Karkare, Director VIIT, Pune, and Dr. Wasudeo Gade, Vice President, VU.

The event commenced with a welcome address by Dr. Siddharth Jabade, Vice Chancellor, VU warmly inviting the dignitaries for the inauguration. He expressed his delight over the long-term plans of collaboration between the two institutes planned.

In his felicitation speech, President Harvey explained how the World War II had necessitated the need for formation of the Binghamton University back in 1946 for war veterans and how the institute had evolved over all these years covering a range of engineering disciplines. President Harvey also said that this was one of the first universities to tie-up with IBM in the 1900s.

The association of Binghamton University with the Vishwakarma group is now nine years old and has improved with time. The President pointed out how data centres across the globe are consuming 3% of world energy required for cooling them. This, according to him, was a starting point for partnerships between these two centres of learning. This international partnership is based on sharing resources, faculty and students along with intellectual capital.

According to President Harvey, students with potential and the desire to acquire new perspectives should come forward and explore various opportunities with them. In his closing note, Dr. Siddharth Jabade explained the details of the 'Pre-Approved Programme' with Binghamton University, whereby VU students would be exempted from appearing for GRE test. Instead, such students will be separately evaluated on their performance and other pre-determined parameters.

After the formal inauguration, President Harvey visited the Wilo Water ATM and appreciated the innovative technique of dispensing mineral-rich water. Later, he interacted with the MBA and Journalism & Mass Communication students, where he answered queries regarding job opportunities and scope of work in their respective domains in the U.S. 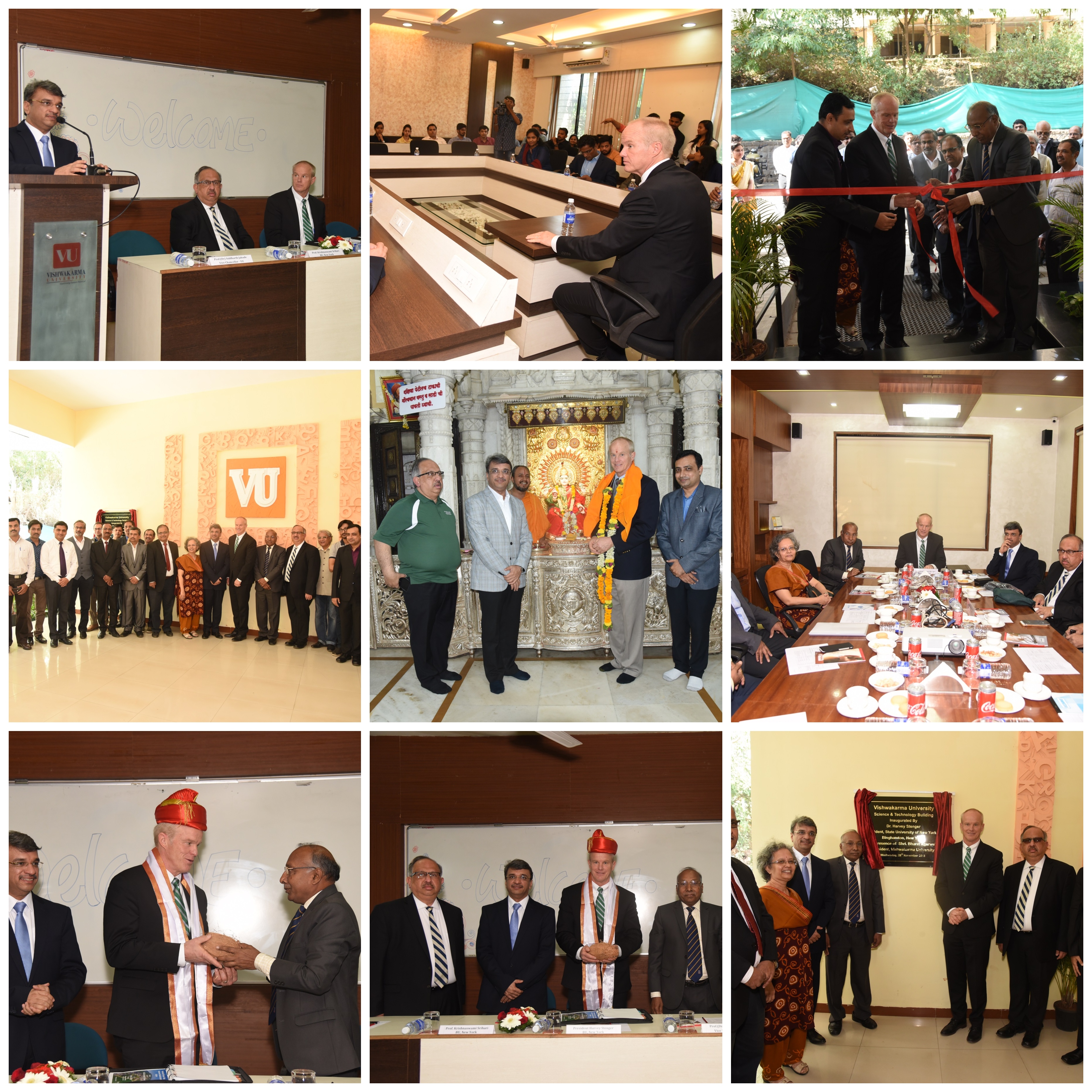